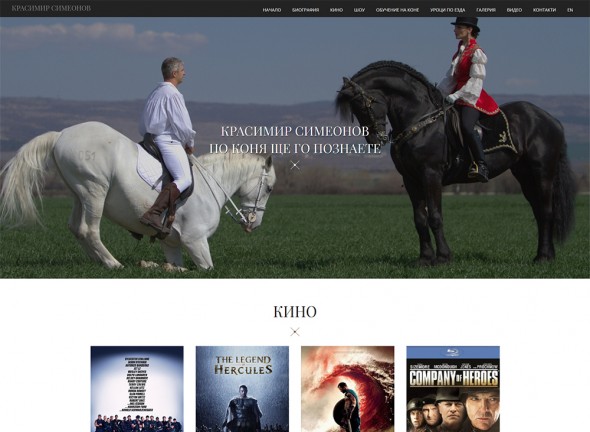 Krasimir Simeonov is a bulgarian stuntman who appeared in more than 100 Bulgarian and foreign films. Amongst the most popular movies with his participation are the Hollywood blockbusters “Troy”, “Expendables 2”, “Expendables 3”.
Krasimir Simeonov made his debut as a horse master in the movie.
The epic story “300: Rise of an Empire”.
Krasimir is an expert in dressage and horse training, horseback riding and stunts.
He has appeared in numerous films, advertisements and horse shows.