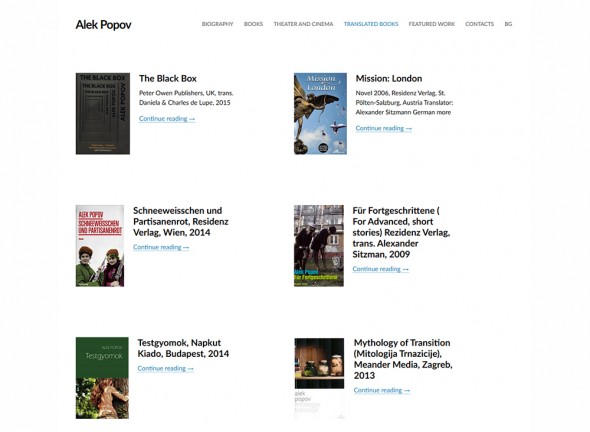 The site is developed on WordPress platform, specially adapted for one of the fines contemporary, bulgarian writers Alek Popov.
The project involves filling the content in two language versions, as well as design of new visions.
Thanks to the new site, Alek Popov will be more successful and recognizable online and among his fans.